Why Jungle Morgana may be the next big thing


Morgana is, and has always been, one of the strongest champions in League of Legends. One of the things that continually baffles me is why she ever fell out of favor. She's a CC machine with the longest root in the game and an AoE slow into stun. Her Black Shield can completely turn the tide of a battle and make an initiator or carry effectively CC immune. She wave clears like a boss, and still puts out hefty damage.

Despite all this, the last time I saw her picked regularly was back in Season 2. What changed?


Towards the end of Season 2 and into Season 3, push strategies began to rise into the spotlight. If you left your tower undefended, it was as good as gone, and this was especially true for mid lane. Because the first mid tower opens up the map so much, teams were rushing to take it down whenever possible. Gone were the days of passive farming, and along with it the strength of a roaming mid. Morgana was the definition of a roaming mid, since she lacks solo killing power unless the enemy is careless.

The other role that Morgana could sometimes fill was that of a kill-lane support. However, champions like Leona and Blitzcrank (or more recently, Thresh) already brought more reliable or greater power to that setup than her. It really wasn't feasible to bring her along through the laning phase.

Then came Season 3, and more recently, the change to jungle XP rates and spawn times in the 3.8 (Aatrox) patch.

This is becoming less of a talking point with the amount of help that junglers are expected to be given, but even without help she can level to 3 and be ganking mid at the 3:00 mark. If a gank opportunity isn't available, she can continue to 4 very quickly and seek out any lane she wants.

What's particularly good about Morgana is her passive spell vamp. Assuming no disruptions, she is almost always at full health and doesn't use all 5 health potions.

Spell Vamp applies to summoner spells too, which results in Smite doubling as a gigantic burst heal (provided there's a minion, monster or pet nearby). While this equates to 40-100 health in the jungle, once she's out of the woods and itemized this becomes roughly 500 health.

This interaction makes Spirit of the Spectral Wraith a particularly strong item choice on Morgana. Not only does it provide AP, Spell Vamp and CDR (Morgana's favorite stats!) it also lowers Smite's cooldown. With my rune/mastery setup, Smite ends up on a 50 second cooldown and I end up with 44-49% spell vamp (depending on level) with this item alone.

Comparing it to other effective health summoner spells (barrier, heal), Smite provides more health on a significantly lower cooldown. Of course one would need to be conscious of dragon or baron timers and remember to have it available to secure objectives, but the rest of the time jungle Morgana is packing extra health in her pocket.

3. Ranged ganks
There's a reason junglers don't get 3 second CCs, and especially not ranged ones. Morgana's Dark Binding starts out at 2 seconds and works its way up to 3 as you rank it. Additionally, it has a 1300 range (290 higher than standard unit vision). This of course comes at the price of aiming the ability, which can be difficult in a laning situation when everyone knows where you are. With the jungler's freedom to roam, however, her position can only be revealed by wards or ganks. As an extra bonus, Morgana also doesn't have to get her hands dirty to gank- if you miss a binding, you don't have to follow up with a strong commit.

4. She doesn't stop being Morgana
Late game she's still going to be throwing around spell shields, Flash-Ult-Zhonya's-ing, and providing solid poke and fast wave clear- all the wonderful things that made her powerful in the first place. 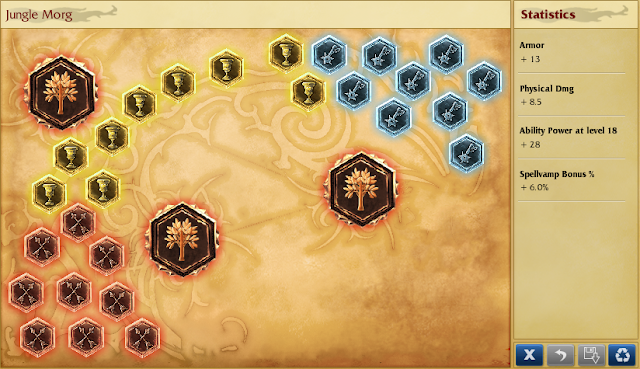 Morgana spends a fair bit of time standing around with nothing to do, so the extra flat AD makes quite a difference clearing camps and in early ganks. The spell vamp quints can be substituted for flat AP for a slightly faster clear time, but the difference at key gank times is roughly 5 seconds and isn't noticeable. Of note, I don't take magic penetration because jungle mobs don't have magic resist, and even if they did it would be reduced by Tormented Soil and dip into negatives very quickly. 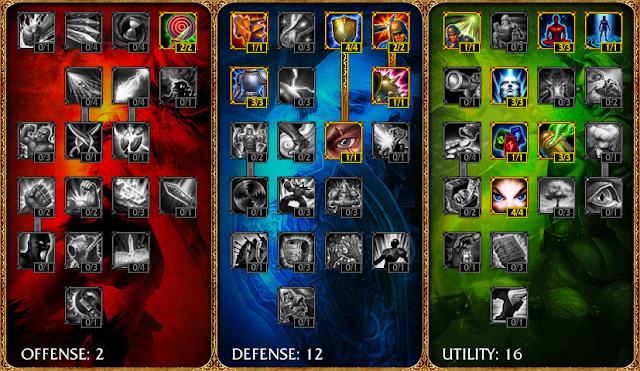 The XP mastery is the difference between leveling on wraiths or not, which provides a fantastic window to gank mid at the 3:00 mark. Otherwise, more of the same- armor, health, and spell vamp. Bonus damage on basic attacks for reasons stated above- you're going to be doing a lot of autos in the jungle.

Two ranks of Tormented Soil will get you through the jungle camps at sufficient speeds. I rank Dark Binding first to maximize the duration of binds during ganks, taking a point in Black Shield at level four to provide additional utility while visiting lanes. This point can be put on hold until level 8 for more early bind ranks, but I'd rather have a shield available that I don't use than die because I needed it when it wasn't available.


When clearing camps, be sure to bind the big target, and take a step back to get some extra time away from them. It may not seem like much, but it really adds up.
Posted by Whoa Constrictor at 2:31 PM